Published by Mortifer on 9 November 2020

This tale, from the Zulu people, is very interesting because it mentions characteristic and believes about the Realm of the Dead common not exclusively in Africa, but also in the whole world – such as the belief that in the Underworld everything works in reverse, or the association existing between Dog and the Dead.

Africa, Necromancy and the worship of the Dead are strictly interlaced. We have always been fascinated by African cultures, and we would share the same passion with you. Also, this is a preamble to the African porcupine quills (which we’ll add to the shop) with the aim to introduce the symbolism of the porcupine and its correlation with Necromancy and the Dead.

From Nursery tales, Traditions, and Histories of the Zulus: in their own words by Henry Callaway (1868)

Uncama dug a mealie garden; when the mealies had begun to get ripe, a porcupine entered it, and continually wasted it; and he continually rose early, and arrived when the porcupine had devoured his mealies.

At length, he waited for a day on which there was abundance of dew. On the day he saw much dew he arose and said, “Today then I can follow it well, if it has eaten in the garden, for where it has gone the dew will be brushed off. At length, I may discover where it has gone into its hole.”

Sure enough then he took his weapons, and went out to the garden; it had eaten his mealies; he followed it by the trail, it being evident where it had gone, the dew being brushed off. He went on and on, until he saw where it had gone into a hole. And he too went in, without inquiring a moment, saying, “Since it has gone in here, and I have no dog, what can I do?”. Because he was angry that the porcupine had wasted his food, he went in, saying, “I will go till I reach it, and kill it.” He went in with his weapons. He went on and on, till he came to a pool; he thought it was deep water; he looked carefully, until he saw that it was only a pool. He went by the edge, and passed on.

It was dark in the hole, he not see clearly; at length his eyes become accustomed to the hole, and he saw well. At length, he lay down to sleep before he had reached anywhere; and in the morning he awoke and set out again. He went and slept until at length he came to a river; he crossed it and went forward. He now no longer went forward because he still saw the footprints of the porcupine; he now went because the hole was the same as that by which he entered; he persevered saying, “I shall at length arrive at the end of the hole, whereupon I shall be satisfied.”

At length, in front he saw it began to get light; he heard dogs baying, and children crying; he passed on; he came upon a village; he saw smoke rising, and said, “Hau! What place is this? I said, ‘I am following the porcupine’; I am come to a dwelling.” Whereupon he returned, walking backwards, and returning on his path, and said, “Let me not go to these people, for I do not know them; perhaps they will kill me.” He saw a great country. He fled and went day and night, saying, “Perhaps they have seen me.”

At length, he crossed that river which he crossed whilst he was pursuing the porcupine; he passed the pool which he passed at first; at length he went out of the hole.

He wondered on coming out; for at the place from which he came, he saw all things resembled those which are above, mountains, precipices, and rivers.

So he went home and came to his own house. He went in and asked his wife for a mat. His wife looked at him; she smote her hands and cried; the people started; they hurried in and asked, “What is it?”. She said, “Behold Uncama is come!”. The men wondered, and again shouted the funeral dirge. The woman said, “Young mat, and your blanket, and your kilt, and your pillow, and your vessels, every thing I have buried, saying, you were dead; your blankets and mats I burnt.”

So he told the tale, and said, “I am come from a distance; I am come from the men who live underground. I had followed a porcupine; I came to a village; I heard dogs baying, and children crying; I saw people moving backwards and forwards, and smoke rising. And so I came back again. I was afraid, thinking they would kill me. It is because [I feared and returned] that you see me this day.”

That man was a very little whiskered man, who was hairy all over; his whole body was covered with hair; very ugly; he had many grasps in his mouth, his teeth being no longer complete. And I know him too. I saw him when I was a boy. It was continually said, “There is the man who went to the underground people.” We were afraid to go into an ant-bear’s hole from hearing that tale, to wit, “He went till he reached the underground people.” 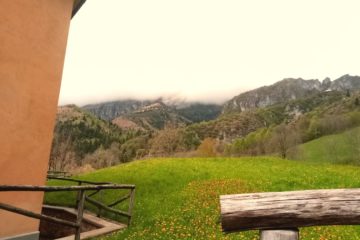 An exploration of vättar and their role in Nordic Folklore, and some considarations about the strict relation between light and the Faery-Folk 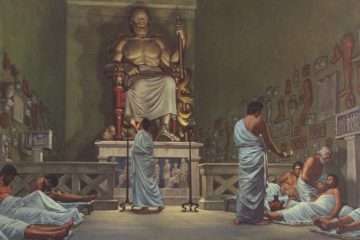 Dream incubation, or simply incubation, is a well known technique of ancient times, even if with local variations, due to different cosmogonies and theologies – more than because of different procedures. 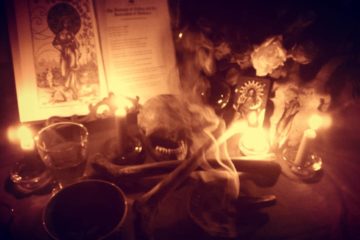 Gathering Dirt of the Dead

According to many traditions, the dirt from graves, often called “the soil of the Dead”, is one of the main ingredients for those spells, whose purpose may vary, that call for the intermediation of the Read more…